Adult “Child Abuse” Survivors: What to Do When You Want to Kill Your Abuser

Victims of sexual and physical child abuse rarely grow up to be well-adjusted adults and model citizens of the community; at least not without some kind of CLOSURE.

When you think about it, what else could you expect from a child when life has managed to stunt their growth and interfere with the normal course of development?  That is why it is so important for survivors of abuse to find some kind of productive way to purge themselves of bad memories and actions associated with those memories.  Finding just the right outlet can be difficult for many people. 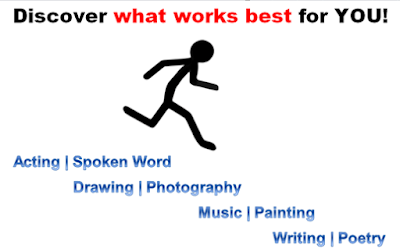 In my novel, Skipping Childhood:  A Novel (From Abused Foster Child to Adolescent Serial Killer) it may seem like my main character, Deandra Baxter is a little extreme in her actions, but that’s because this is fiction.  After all, it is both illegal and immoral for a person to commit pre-meditated, coldblooded murder, even under seemingly justifiable conditions.  In real life, survivors DO NOT kill their abusers, but does that mean they can never find closure?  They can if they find something productive that works for them and helps them work their way through it.  Many former victims of abuse have found all kinds of creative outlets that enable them to give voice to their pain and suffering.  Being able to do this is liberating and both empowering at the same time.  I have experienced this first-hand with the writing and the completion of Skipping Childhood.

Writing is Therapeutic
Writing can be a very therapeutic thing, even if you’re only writing for yourself and don’t plan to let anyone else read it.  In fact, that can be the most liberating type of writing of all.  I discovered this many many years ago, even before I started writing professionally.  But I never knew just how therapeutic until I dove into this particular work of fiction.  Having put so much of my own life into the writing, forced me to confront a host of feelings and emotions I thought were long since buried, or I never knew existed.  I read something recently from another survivor and they said something similar.  In fact they went on to say how during the course of writing their own memoir, they got so emotional, they had to stop for a month or two, before resuming.  I experienced the same thing with Skipping Childhood.

Find Your Outlet
If you’re reading this information right now and you haven’t sought some kind of help for your past abuse, it is high time you find a productive outlet.  Don’t underestimate the power of being able to release what’s inside in a productive way.  I continue to emphasize the word “productive”, because if you’re not careful, you’ll be forced to find a release valve, and it may not be a good outlet.  Start thinking about your own creativity and how you can use it as an outlet for good.  Here are a few ideas to start.

Deandra Baxter (Character Analysis)
I realize now, and maybe all along, that I made this character kill her abusers because as a child, I desperately wanted to kill mine.  Now that I’m all grown up, I’m sure it’s probably wrong of me to still feel that way, and clearly I must, because of what I wrote.  But in all honesty, I think from the “writer” perspective combined with my own feelings, it was all about finding closure.

But Deandra Baxter’s character wasn’t really looking for closure, because her abuse or threat of abuse was current.  So she was actually seeking to administer justice (as she saw it), especially when you consider the other incidents that surrounded and lead up to each murder.  As an author and a survivor, I’m happy that through the writing of this book, I ended up with an outlet that allowed me to find closure, AND also kill my abusers.

Like the book’s tag line says:  “Killing just ain’t right, but neither is child abuse.”